The Oracle, by Elmar Valmre, is a closed room mystery originally published in Estonia in 1937 by Loodus Publishers, Tartu, as Ennustus Relval (lit. “prediction on a weapon”).

A mysterious letter involves Dr Eerik Turve, GP and would-be novelist, in the mysterious death of Nikolai Stemin, tsarist officer-turned-accountant, killed with a poisoned dagger in a locked room. Turve gets himself invited to observe the investigation, and the story follows him as he sometimes accompanies police detective Einar Harro, and at other times goes off on his own. An interesting cast of suspects is presented: Viktor Ardek, a young man with a gambling problem, his sister Tooni, to whom Dr Turve is attracted; Ralmat, a wealthy businessman in whose house the murder happens; his valet and janitor, who run a dodgy business on the side; the maid, who receives a nocturnal visitor; Adolf Lasser, a seasoned criminal who’s back in town; Old Sprat, a (more-or-less) retired petty thief; and Hard Labour, an ex-con willing to make a deal. After successive revelations, and elimination of dead ends, Harro sets a trap …

This translation, the first into English, is based on the original 1937 text and maintains a sense of the more formal language used at the time without losing the pace which keeps the reader focused on the plot. 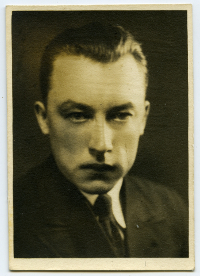 Elmar Valmre (1905-1944) was an Estonian writer and journalist. He wrote for the newspapers Postimees and Telegramm. He also wrote libretti for operas, two detective novels, and other novels and stories, including fiction for children.